It has been forever since I last emailed and sent pictures of Pippen! She is from Missy and Charlie's 10/13/08 litter.

She is doing awesome! She is absolutely the greatest little thing ever! Nothing can make me laugh like her and no one is better to cuddle with. She has a great personality, she doesn't destroy anything, she doesn't bark over zealously, she doesn't snap or bite, she is friendly to everyone and is such a loving little creature!

It has been snowing here quite a bit and I put a couple pictures and a video on a local news station web site and it was played on the morning news! She's a star!

Hope all is well with you both and all the Scotties!! I will attach a few pictures.

Thanks so much again!
Christina 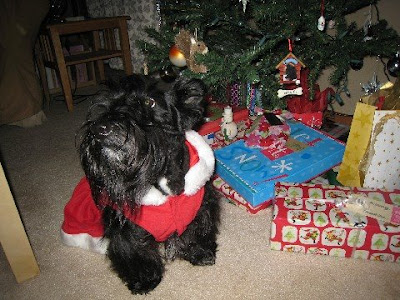 Pippen this year in her cute little Santa outfit 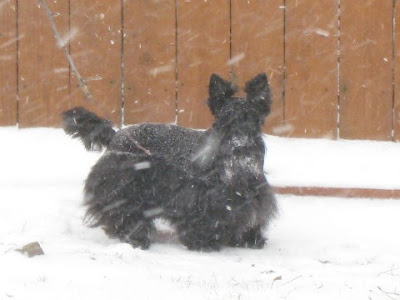 Pippen in the snow 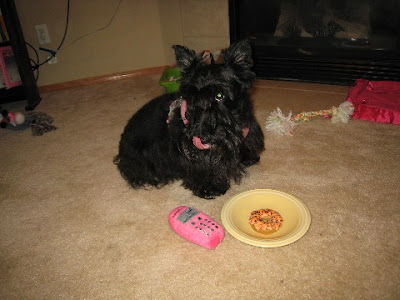 Pippen at her 2nd bday with her special doggie bakery doughmutt 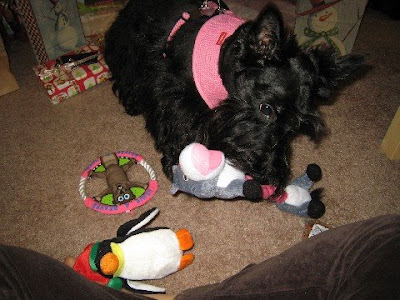 Pippen last year around Christmas with Anthony and I
Posted by Montgomerie of Camas at 6:18:00 PM