Thank you for the call the other day. Attached are 3 photographs of our Duncan. We have quite a few but he moves so much most of them are blurry. One of the pictures tries to show his coloring which we quite like. 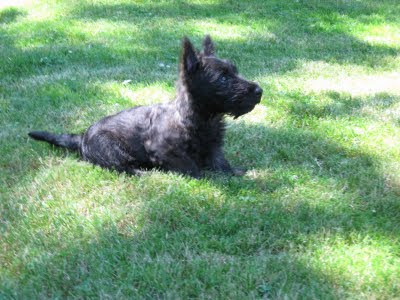 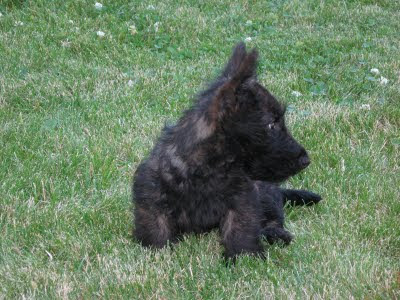 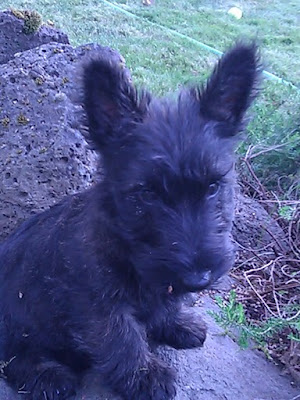 He's growing like a weed, He is up to about 6 pounds, and he's learned to recognize his name. He's inquisitive and seems to learn quickly, when he wants to. As you can see he has learned to climb on the rock "feature" in our yard all by himself. He takes leaps from the rocks into the heather bush next to them. He loves to bound through the periwinkle (it's higher than he is) though sometimes he decides to tunnel his way into it.

He hasn't been outside our yard yet but he is due for his shots next week and after that, if we can convince him to wear his collar, perhaps we'll take him on some real walks.

We'll drop you a line later with more pictures, maybe even some unfuzzy ones.